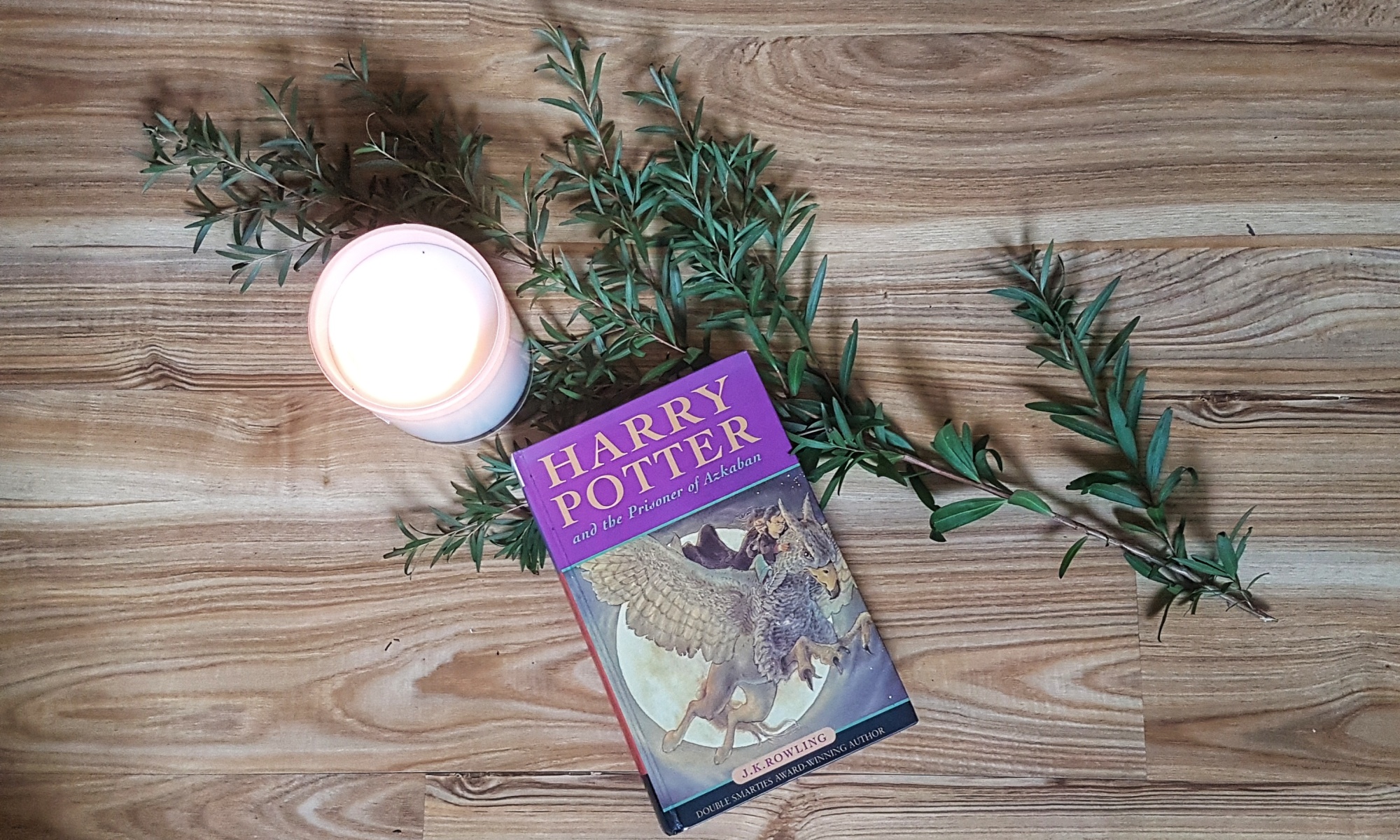 If you’re anything like me, you have a favourite of the Harry Potter series. This is mine. My copy of The Prisoner of Azkaban has been so well read that every page is dog-eared.

We take Harry Potter for granted; I’m guilty of it too. We know how much fun it would be to go to Hogwarts and we spent our 11th birthdays hoping an owl would bring our letter. It’s amazing – immersive and inspiring and, for those of us writing manuscripts, it stirs a lot of good-natured jealousy. It has been so long since the thrill of the first time that I sometimes forget what an incredible storyteller Joanne Rowling is and just how much work has gone into building the wizarding world from scratch.

When was the last time you really read it?

Harry Potter’s third year at Hogwarts is full of new dangers. A convicted murderer, Sirius Black, has broken out of Azkaban prison and he’s coming after Harry!

But the threat of Sirius Black is not Harry’s biggest problem. The Dementors, the guards of Azkaban, are causing Harry to relive some of his darkest memories – at very inconvenient times. His best friends Ron and Hermione are having a spat over errant pets and Harry’s beloved Nimbus 2000 is lost to the Whomping Willow. But most seriously, that black dog following Harry from Surrey to Hogwarts can’t really be an omen of death, can it?

With many delicious plot twists, a voyage through time and some frightening new beasts to contend with, Harry Potter and the Prisoner of Azkaban is undoubtedly my favourite of the series.

I love nothing more than a writer who respects readers, and Rowling clearly has great respect for children. Every page has another delightful detail to unpack, but it’s all so concise that there’s not a syllable to spare.

Each of her characters are beautifully developed. If you take a look at a lot of kid’s books, the adult characters are merely devices; either to push the story forward or to provide obstacles to the main character. Rowling’s adult characters are complete in their own right. This is what adds so much magic to the story because with so many interesting and complete characters there is something to add to every interaction. I mean, have a think about Professor McGonagall’s derision towards Trelawney.

“I frequently act as though I am not possessed of the Inner Eye, so as not to make others nervous.”

This relationship is in no way the main story line, but it adds so much to the fun of the story. And from a character who, until this point, has been nothing but irreproachable and respectful, it’s hilarious!

As for the story itself, I think I love it most because it’s Harry’s last childhood adventure. There’s still an innocence in this book that is lost as Harry gets older and has more adult challenges to face. This is the last Harry Potter book in which Harry is still a child. Of course, he has experienced death and hardship before, not to mention a constant threat to life. But The Prisoner of Azkaban is the last of his exploits before he faces losing those he loves and admires now; those he will remember.

“I knew I could do it all this time,” said Harry, “Because I’d already done it… does that make sense?”

― J.K. Rowling, Harry Potter and the Prisoner of Azkaban

No review of The Prisoner of Azkaban is compete without mentioning the time travel sequence. Ultimately, it is my favourite part of the novel. The idea that Harry and Hermione were helping themselves though their whole final ordeal all along was such a generous thing to give to readers. We take the logistics of the scene for granted but I can’t imagine how much careful planning would have gone into making it work as smoothly as it did. Rowling doesn’t send in the adults to fix the adult problems – she sends in Harry, Hermione and a nifty time turning trinket.

“If all goes well, you will be able to save more than one innocent life tonight.”

― J.K. Rowling, Harry Potter and the Prisoner of Azkaban

Harry Potter and The Prisoner of Azkaban is a wonderful book. It is much more intense than the first two of the series for one simple reason; Harry is growing up. One of the greatest things about Harry Potter is that we get to grow up with him and learn as he does. You can clearly glimpse the clever, intricate plot Rowling has woven with cleverly placed foreshadowing and seemingly innocent hints

Rowling is an author who never loses sight of who she is writing for and what they are capable of coping with. Rereading Harry Potter and the Prisoner of Azkaban has inspired my own work logistically and reminded me not to take Harry Potter and the wizarding world for granted.